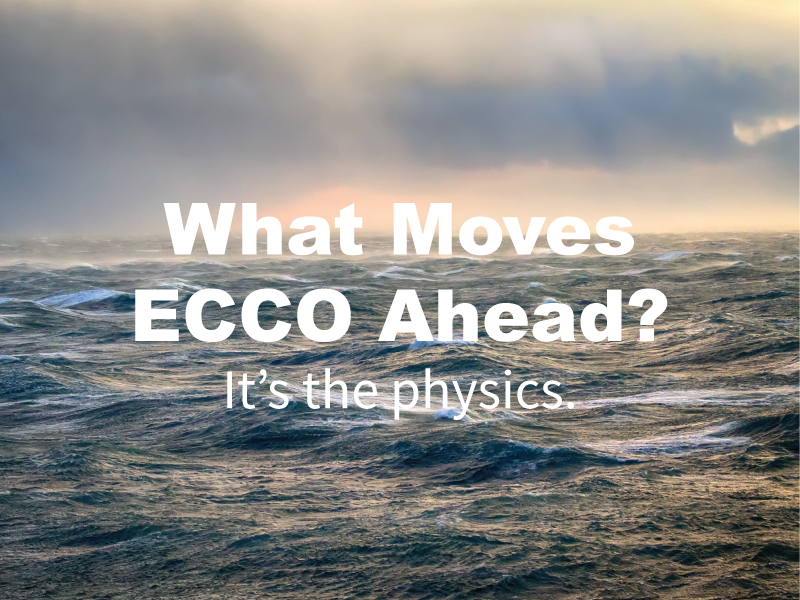 ECCO state estimates are similar to conventional ocean "reanalyses" but differ in several key respects. Both reconstruct the ocean's state by using observations – for example, data from satellites or in-water instruments. The goal is fitting the model to agree with observations in a statistical sense.

When "misfits" occur, other ocean reanalyses directly adjust the ocean model's state to better fit the data. It is important to note that – because of these adjustments – the model's evolution over time does not obey the laws of physics.

In contrast, ECCO fits the model to the data by adjusting a set of ocean model initial conditions, parameters, and atmospheric boundary conditions. From there, a physics-based, free-running ocean model simulates the ocean. As a result, ECCO's estimate does obey the laws of physics.

So, both ocean reanalyses and ECCO state estimates fit models to observations of ocean variability. However, only ECCO can fully explain the underlying physical causes and mechanisms behind ocean motion and change.